So many tunes, so little time 12

You should know the score by now, even if you aren't a native New Yorker… that's right, it's the best of the rest of the past week's releases

Angstrom & Aalberg – Gorilla
It's turned out to be something of a techno and prog week here at TIWWD… well, here's some more of it. The original of Gorilla is right on the cusp of the two, while the Peter Dundov Mix veers more decidedly into prog territory. Angstrom & Aalberg hail from Denmark, as does seemingly everyone at the moment, and this is on their own Girafe Sauvage label.
More info 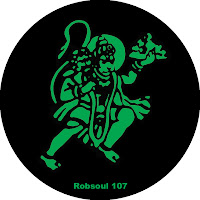 DJ W!ld – W!ldstyle
The latest from Phil Weeks' label Robsoul Recordings sees fellow Frenchman DJ W!ld serving up four tracks of very solid underground house. By turns it's deep, techy and funky, sometimes all three at once, but for me it's the very west coast-sounding title track with its sampled speech vocal that stands out by far.
More info 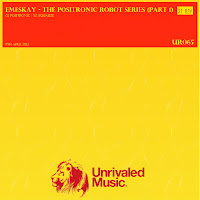 Emeskay – The Positronic Robot Series Pt 1
Unrivaled Music is normally the most straight-up deep house arm of the Endemic Digital empire, but with their palette of bleeps, clonks and scraping metallic sounds, I'd say the two tracks featured here – engineered by Timo Garcia, incidentally – were just as likely to appeal to techno as to house floors. Emeskay are three lads from Kent called Mark, Scott and Kris, who you can find out more about by visiting their website.
More info 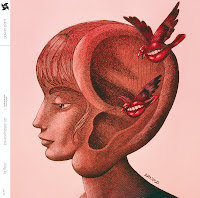 La Fleur – Eavesdropper
Some sumptuous and musical yet still quite techy deepness here from Sweden's La Fleur, on her own Power Plant label, for whom this is only the third release. On the flip, Tjuvlyssnersakn (Swedish for 'eavesdropper', it says) veers more towards lounge/downtempo territory, though there is still a nice steady 4/4. La Fleur may consider TIWWD's ears pricked up…
More info

Paul C & Paolo Martini – Amore
Great Stuff come with some more 'serious' tech-house than the happy, party-hearty stuff they were doing so much of in 2011. Michel de Hay provides the house mix the househeads should head for, while DJ Chus's tuff, percussive Iberican Remix should work on pretty much any floor… it's drum-tastic!
More info 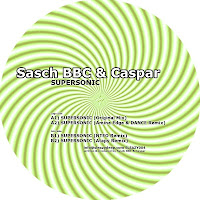 Sasch BBC & Caspar – Supersonic
Sleazy Deep live up the sleazy part of their name with a dark n' slow nu-disco cut that, to these ears, owes as much to EBM/electro/industrial/new beat as it does to house and disco. In dark rooms that smell of amyl without many girls in them, the Atapy mixes in particular would probably, one suspects, sound freaking fantastic.
More info
Posted by Russell at 22:16