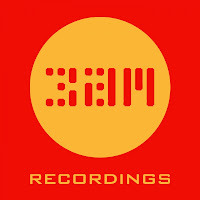 From one Ben to another… this one's called Ben Dean, and is a Manchester-based Kiwi who now returns to the label where he made his production debut some nine years ago, Al Bradley's 3am Recordings. And the prodigal son doesn't disappoint, with a sterling slab of straight-up deep house in five mixes.

The original's a mid-paced affair with Chicago-esque bass and a yearning, soulful vocal from Ms Matthews. Remixes then come from the pick of the UK deep house crop. Label boss Al serves up a dark and moody dancefloor dub with a big fat bassline that comes remarkably close to 'bassline' territory (or at least 'bassline house' territory, before it went all cheesy and urban-electro). Long-term cohort Carlo Gambino takes us on another deep, dark n' dubby ride, but this time one that's more suited to home listening/post-club play, Rob Clarke keeps the vocal intact but beefs up the beats and ups the tempo a little while finally, Ben himself dons his Backfoot guise for a steppy, laidback, garage-y pass.

Classy stuff all round, with Backfoot and Al sharing the honours for me.

About: Find 3am Recordings on Facebook and Soundcloud if you want to know more – you can HEAR THIS at the latter too.
Posted by Russell at 20:59