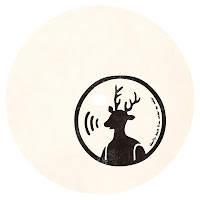 Now here's a producer who needs no introduction from me. Colin Bean, AKA Mr G, has been a stalwart of the UK tech-house scene since it began (he says, introducing him) and his productions seldom disappoint. This one doesn't, either.

We're in familiar territory, right enough – there are no big surprises from the former Advent man here. But if it ain't broke, as they say!  Danceholics itself is dramatic big-room tech with spoken "Haven't I seen you someplace before?" vocal samples. Don't Ever Give Up marries firing, Latin-inspired percussion with a big fat b-line and an almost garage-like sumptuous, rich sound, and comes with an accompanying Dub, while finally Guidance [T2 Edit] is a more stripped-down and strobe-lit jacker, sporting insistent fierce female vocal snips and a throbbing bassline that just doesn't stop.

Like I said, Mr G's been doing this stuff since time… and he still does it better than most, nuff said!

About: This comes on 10-inch vinyl (and digital download) and is the debut release on brand new label Holic Trax, an offshoot of London-based Japanese producer Tomoki Tamura's parties of the same name. More info at their website and Soundcloud page.
Posted by Russell at 21:20