Jay Bliss - The Art Of Doing Nothing EP 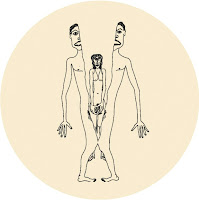 Only the second release here from a new label headed up by Alex 'Hypercolour' Jones, Ste Roberts and Dave 'MN2S' Elkabas. And if you're looking for stylistic clues in that last sentence, then Hypercolour's forward-thinking, leftfield house and techno rather than MN2S's uplifting vocal house are what you need to be thinking about.

Opener Doing Nothing is the most 'traditional' cut on offer, a fairly chunky deep house floor-groover with bubblin' sub-aquatic synths, a meaty bass riff and a simple three-note piano hook. X then takes us further into experimental pastures with its lo-fi crackles, skittish rhythms and sci-fi synth noises. The latter's accompanied by a 14-minute Petre Inspirescu mix that may appeal to fans of Plastikman, Aphex Twin et al, though I have to say it's a glitch too far for me personally… but digital bonus cut Atonement lets us end on a high, as Bliss relaxes the tempo and gets his dubwise skank on.

About: The new label from the Hypercolour/Glass Table/MN2S/1Trax boys is called Initials and can be found on Facebook and Soundcloud… you can also read an interview with them at Greg Fenton's Magazine Sixty
Posted by Russell at 19:48