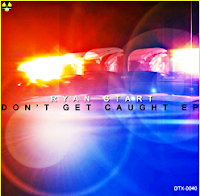 Y'know I said yesterday there was a mountain of tuneage to get through this week? Well it's true, there is. So much in fact that it's a bit daunting… where do we start?

So we'll start with this one. Partly because it's by a chap called Start, which seems serendipitous… and partly because it's a nice easy one to review, with just two tracks! Funky Uppers on the A is an uncomplicated rolling house groove, with an understated funky b-line and some nice Hammond organ wobbles,  while on the B, Tek-No is a slightly tuffer and, unsurprisingly, techier affair.

Both tracks are fully instrumental and neither really requires me to wax any more lyrical either, but both will move bodies on dancefloors without a doubt.

About: This comes on Detroit techno label Detox Recordings – visit them at their website or on Soundcloud.
Posted by Russell at 10:21