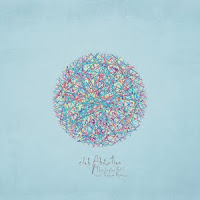 Stardust is the track in the spotlight, presented here in just two mixes: the Original plus a Pezzner Remix. The original is a simple, looping deep house groove, with an old-school bassline that doesn't really make itself felt until two minutes in. Top that off with atmospheric rainforest sounds, warm chords, 'brother' vocal inserts and some subtle jazzy licks later on and what you've got is 6:38 of heads-down bliss for the deep floors. Dave Pezzner then takes the track in a slightly sparser direction, with subtly-applied filters, a gentle piano line and some freaky-deaky analogue synth warps n' warbles at the end.
The original wins out for me I think but whichever you opt for, this is the real deal underground house shiznit right here.
Out: This week
About: This comes on Street King, though it wouldn't have sounded out of place on more traditional sister label Nite Grooves either. If like me you're now greatly looking forward to the album, it might also be worth following Doomwork on Facebook to keep abreast of developments.
Posted by Russell at 08:22