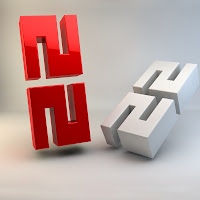 Three tracks in a total of six mixes here, on William Welt's first solo release for his own well-established 22 Digit Records.

Vibe & Soal [sic] is a lush, laidback deep house groove with a spoken male vocal. It's good, but for me it comes into its own more on the Ekkohaus Remix, a beefed-up dubby pass aimed fair and square at the more discerning dancefloors. Nightingale is next: in its original form, this is an esoteric, bass-heavy groove sitting on the house/techno borders, with rainforest sounds that make you think of E2/E4 or some other long-lost Loft classic. Ricardo Jefferson's remix takes it into proggier territory but for me it's the original that wins out this time. And then finally there's Seaside Samba, an unsurprisingly Latin-tinged percussive techno workout in its original form before Heisenburg turns the dark up on his big, brooding refix.

The latter cut's a bit too techno for me, so personally I'll be sticking to the first two… but the EP as a whole does demonstrate perfectly that there is, indeed, more to Welt than just the minimal techno for which he first became known.