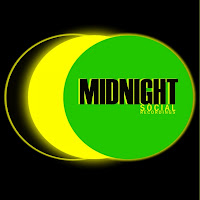 Right, I warn you now… there is a TON of good music in this week's 'to blog' folder and I've got a busy week ahead so how much of it we're gonna get through remains to be seen! I'll do my best tho'…

Starting with this latest from the Midnight Social Recordings camp, a three-track EP from Henrique Oliviera. All Over itself is a very contemporary-sounding deep/tech house groove with a soulful male vocal that's oddly reminscent of My Friend Sam back in the day, and comes complete with a very satisfying Roland Nights rework that takes us into lusher, more late-night pastures.

The latter's very cool, it has to be said, with some great Korg M1 action, but the standout for me is the sparse n' techy Stupid, with its fat b-line and its clever, unexpected reworking of a very (some would say over) familiar vocal trope from WAY back in the day. I won't spoil it by telling you what vocal though, you'll have to check it for yourself!

About: This was a confusing one to review, cos the first promo came with another track called Love N Pain that's now been signed to Hot Creations instead, apparently… so look out for that one, too.

In the meantime, you can find Midnight Social Recordings, who are based in Leeds and run by Carlo Gambino, on the Big Book Of Face That Is Eating The Universe
Posted by Russell at 21:15