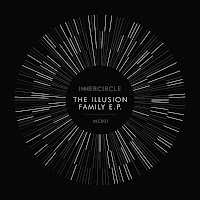 Wow, is what I want to say to this one. For once a release that blows yer socks off the way you wish they all would!

Getting hold of the first release from any new label is always exciting anyway – you always have high hopes. But when it's got 11 tracks on it (so how this isn't an album, is beyond me), you do sort of worry that, y'know, have they just signed up a bunch of half-finished stuff by their mates?

No such worries. The names might not be ones you know, save for a few (Little Fritter, Alex Arnout, Seelie and Monoman should all be familiar, and one or two more ring a vague bell) but rest assured, the quality-o-meter is in the red always in this romp through the most underground of house pastures. Soul, garage and disco influences are evident throughout, but there's a contemporary, techy edge as well, meaning you can see tracks here working on all manner of house floors.

Highlights include Arnout's ludicrously funky bass-led Deliberate Thinking, the magnificently subby future garage of James Johnstone's I Get Lost, Seelie's Marlene Shaw-biting*  Sinner From The Ghetto, Little Fritter's just-like-the-old-days garage jam Peep Hole and, in particular, Johnny Wren's Get Your Body Moving, a jackin' deep house dancefloor cut with THE freaky-deekiest treated vocal… You SERIOUSLY need to hear the latter cut but to be fair, you could say that about most tracks here.

Getting sent records like this is the reason I do what I do, nuff said.

About: As I said before, this is the debut release from a brand spanking new imprint called Innercircle, sister label to the already-established Illusion Recordings. The latter can be found here here and here (website, Facebook, Soundcloud)