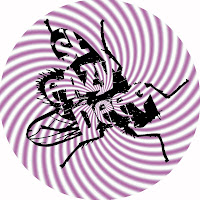 Three on a nu-disco (-ish) tip 4 ya tonight, starting with an EP on Sleazy Deep that, typically for the label, sits right on the deep house/nu-disco borders.

Opener Want You So is a slow, lo-slung affair that's nearly instrumental… it's GOT a bloke singing "you know I want you so bad" but it's so heavily down-pitched and treated that it can probably be considered another instrument as much as a vocal! Hey Boy is a bit too 80s Euro synthpop for my liking but Only You is another kettle of fish entirely… with its lazy, chunky synth riff and Tony Di Bart-ish 'soulful' vocal this has the potential to acquire anthem status in the more skinny-jeaned spots. Finally, Baby Baby is in a similar vein to the latter but a notch more house-ified.

Something of a mixed bag then, but like I say, watch out for Only You… in the current climate it could be huge.

About: You can find Sleazy Deep on Soundcloud, on Facebook or at their own website.
Posted by Russell at 20:49