Huxley – No Matter What 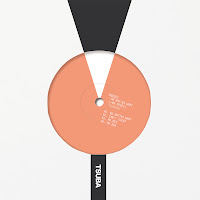 Long a TIWWD fave, it's good to see Huxley getting some major props these days. Let's just hope he doesn't let his star status go to his head and fuck off to play in Vegas with David Guetta, eh?

Still, there's no sign of that on this EP, which sees the man ploughing that distinct blend of dancefloor deep house with a dash of garage bump that he's made all his own. That both No Matter What and Can't Sleep are top-drawer little rumpshakers should come as no surprise by now, though… so the real news is that this also comes with some remix action from no less a personage than the mighty Marc Kinchen.

12-inch buyers get an MK Dub of No Matter What, while those purchasing digitally get an MK Mix as well as the Dub. And both are every bit as good as you'd hope. Given that the source material is pretty damn good to start with, there's no great belief-beggaring transformation as MK has worked on the likes of Celine Dion, Jodeci or M People in the past, but still… there's a reason MK's so revered by old skool house n' garage heads and if you're remotely unclear as to what that reason IS, one listen to either of his refixes here should put you straight!

Pretty much unmissable then, this one.

About: This comes from Kev Griffiths' ever on-point Tsuba Records. Here's the usual Facebook Soundcloud and website links.

PS I wanted to post MK's mix of Those 2 Girls' All I Want but it's not on YouTube so it'll have to stay as one of my personal secret weapons! But seriously, this is a man who actually made Denise Van Outen sound good… ultimate respect.
Posted by Russell at 20:10