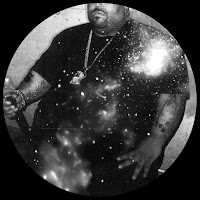 New from Klasse Recordings, who I don't think have cropped up on this blog before, comes this three-tracker from Berlin-resident Chinese producer Mr Ho.

The Inflated itself is a slightly proggy deep/tech workout, with a neat rave-y bass breakdown in the middle. No Explanation goes a touch deeper with its phat b-line and "I ain't gotta explain nothin" vocal sample, while rounding out the EP is a remix of the latter from Nick Harris, of NRK/Stoned Immaculate fame, which sees him venturing into more jackin' territory.

It's the Original mix of No Explanation that does it best for me, but generally speaking if very 'now' deep/tech grooves are what you're after, this should suit.

About: You can find Klasse Recordings at their website, on Facebook, on Soundcloud and on Tumblr.
Posted by Russell at 15:05