William Medagli – Everything I Am Looking For EP 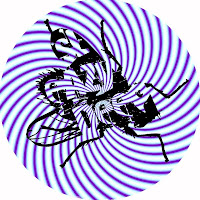 Italian producer William Medagli serves up a four-tracker for Sleazy Deep that blurs the boundaries between deep house and nu-disco.
Shine On Me marries big Carpenter-esque analogue synths with a breathy female vocal reminiscent of mid-90s house, while a remix from label boss Rob Made replaces the busy percussion with more of a no-nonsense nu-disco clap-throb. And lots of scratching sounds, oddly. You also get a rub from Spaghetti Orchestra, who take us deep down into late-night, er, sleazy territory.
Over on the B, Rise Up is a slightly housier affair in its original form, albeit at a pretty sedate pace, again coming with the fem vox and a big phat b-line; again Mr Made remixes, adding some wukka-wukking guitar to bring out da funk. One for those Ibiza warm-up sessions, methinks.
Out: This week, on Beatport and on vinyl. Everywhere else from 2 April.
About: Sleazy Deep is (as I just said, kind of ) the brainchild of Rob Made, AKA Robin Tabor of F*** House Music fame, and can be found online here (website) and here (Soundcloud, where you can HEAR THIS)
Posted by Russell at 20:34