It's that time of year again, when record label types head off to sunny South Beach armed with sampler CDs, showcasing the best of the label's forthcoming catalogue. Many – but not all – of these are also made available for purchase by the general public. So here's a quick look at this year's crop of WMC samplers that have landed on the TIWWD door mat…

First up, Congaloid. A nice easy one to start with, cos their sampler has just three tracks! Diavlo, The Deepshakerz and Baunz are the featured artists, with the emphasis overall on tough, dark and drummy house/tech-house grooves. Baunz's 808s, Pausetapes And Other Shit stands out, but Deepshakerz' Zip Zip is cool too.
Out: 21 March 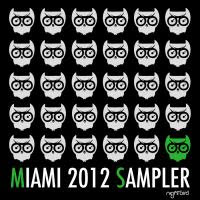 Next, Nightbird Music. Sebastian Davidson's label offer up five tracks on their Miami sampler, from tONKPROJECT, John Mood, Malbetrieb & Rik Woldring, Rami Deejay and Seb himself (with Ferdy), and suffice to say the label's usual high deep house standards are more than maintained. It's all good, but Mood's late-night, garage-tinged gem Oh My Dear stands out, while an Afterlife Remix of Rami Deejay's Burn Burn feat Keely Timlin sees the label taking a rare stroll through downtempo/chill-out pastures.
Out: 13 March 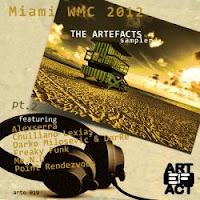 Artefact Records are really pulling out the stops for Miami this year, serving up not one but two samplers with no fewer than 12 tracks featured in total. I'm not going to go into massive detail cos you can hear both EPs in full on Soundcloud… all I'm going to say is that there's some fine, FINE house music here, from classic NYC-style vocals to deep n' techy groovers. If you don't keep an eye on this Macedonian label in 2012, you're going to be seriously missing out!
Out: 13 March 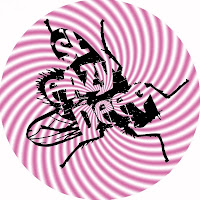 Rob Made AKA Robin Tabor's new label, Sleazy Deep, will be strolling up and down Collins Avenue armed with a nine-tracker featuring some way upfront nuggets that are due to see the light of day over the next six months or so. As such, we'll no doubt be looking at these individually before too long anyway, so I'll just say that on this evidence, the label will continue to more than live up to its name. Particularly on Ben Clarke's Everybody, which features as phat n' sleazy a bassline as you're likely to hear all month.
Out: n/a, unless you're lucky enough to get given a copy 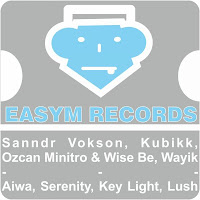 Finally, I'm not sure if this one's strictly Miami-related or not, but St Petersburg's EasyM Records also have a V/A sampler EP coming up. This one's a little more commercial/
accessible/big room in style, with trance/electrohouse elements in some of the tracks – they like that in Russia – but Wayik's Lush and Sandr Vokson's Eastern-tinged Aiwa are worth checking.
Out: 19 March
Posted by Russell at 15:34