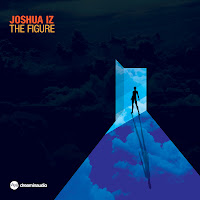 New label alert! Dream In Audio is a brand new label based in San Francisco, "inspired by the late 90s sounds of San Francisco and Chicago", and their first release comes from none other than deep house hero Joshua Iz, of Iz & Diz fame.

It's a two-track affair. The Figure itself is a bleepy-squeaky, Chicago-y houser that jacks relentlessly along for the best part of nine minutes, albeit at not too demanding a pace! Meanwhile on the B, What U Like is a deeper cut, underpinning lush Rhodes pianos, soaring, dreamy synths and occasional echo-ing, disembodied samples of the Class Action Weekend vocal with some SERIOUSLY phat bass.
As you can probably guess, it's the latter I'm feeling the most. Not much else to say really, but I did chuckle at reading the biog on the hype sheet…

"Joshua Iz is a DJ, music producer, designer and slightly better-than- average tennis player. He likes trainers, good design, dub reggae and vodka. Joshua has been DJing since 1986 and has played on 5 continents and been to 6. His music productions have graced labels such as Classic, NRK, Om Records, Nordic Trax and Seasons. He runs his own record label called Vizual which launched in 2010. He currently has DJ residencies in Chicago, San Francisco and London. Joshua also sometimes DJs and makes music with Diz as Iz & Diz and they are currently working on their upcoming debut album. Joshua also makes a killer salsa and is generally fun to be around."
Out: Saturday (March 23) on vinyl, not till April 13 digitally
About: Here's where to find Dream In Audio online… and check the TIWWD Facebook page for a Dream In Audio WMC 2012 mix lovingly prepared by Jonny Fiasco.
Posted by Russell at 17:58