So many tunes, so little time 10 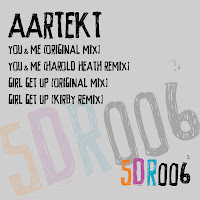 Aartekt – You & Me EP
First up is the latest from Something Different. I'm gonna pass on You & Me itself, even with its Harold Heath remix, cos I'm not feeling the indie-style vocal one bit, though I can imagine today's young floors might and it IS already charting well on Beatport. For these old ears, though, it's all about the techy, soulful vibes on Girl Get Up, a sparse affair in its Original form that also comes with a somewhat funkier Kirby Remix.
More info 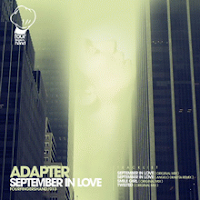 Adapter – September In Love EP
Some more very solid deep/tech house vibes from Four Fingers Hand here, with three original tracks plus an Angelo Draetta remix of the title cut. It's actually the Original Mix of the same that I'm feeling most out of the four tracks, but Twisted deserves a mention as well purely for its recycling of the famous Stuart Who? vocal from days of yore.
More info

Andrea Mattoli & Stefano Kosa – Call Me EP
And speaking of solid deep/tech house vibes, here are some more from Italy's Diva Records. It's a two-track affair, Call Me featuring tuff, tuff beats and sampled speech about a man who “never sleeps and never bathes”, while Rewind is a more upbeat cut with fierce hand percussion and chanted vox, aimed fair and square at the White Isle's cooler terraces.
More info 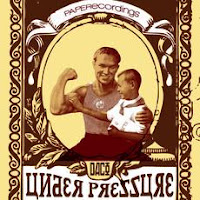 Daco – Under Pressure EP
The latest from the mighty Paper Recordings is a 'distinctive' affair for sure, so much so that I'm not entirely sure how to describe it! Okay, Make A Change operates in fairly straight-up deep house territory and features a jazz-inflected male vocal from Vaceo, while Under Pressure itself is a hefty slab of retrofied electrofunk. But as for Artificial Sweetener, which comes in Ballroom and Monkey Nuts mixes… 'deep acid funk' is what the hype sheet's calling it, so I guess that'll have to do. Good to see Paper still pushing the envelope, if you'll pardon the excruciating pun.
More info 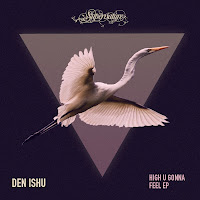 Den Ishu – High U Gonna Feel EP
Sleazy, lo-slung grooves that give deep, bordering-on-slo-mo house a little nu-disco polish, I think would be how I'd describe this one from Supernature Records. Phew, I haven't lost my powers after all! Three tracks, four mixes in all – the title cut is the big, druggy, anthem-y one but don't miss Say The Word on the B either, a proper deep, sexy delight.
More info 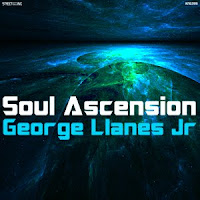 George Lanes Jr – Soul Ascension
Nite Grooves has always been King Street's home for trackier shit, but blimey! This is as dark and slammin' a drum track as we've ever heard from them, I think. The Original Keys To Dub Mix adds organ chords to the drums, bassline and snips of vocal, making for a slightly less in-your-face take.
More info

Tom Pooks – Love Is A Groove
Three tracks, five mixes in total, with the EP as a whole sitting right on that deep/tech border and not short of a few slightly proggy touches, either. It's the big and bass-y Original mix of Vagabond that does it best for me. It's only number five from Cabada's Casbour Records, so show some love peeps! You can hear it for yourself if you click the link.
More info 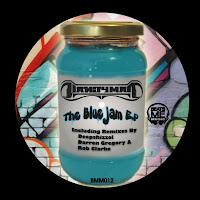 Vandyman – Blue Jam EP
Regular readers will know I'm a big fan of Beats Me Music. This latest from the Eastbourne label, while still of the highest calibre, goes down a slightly different route from their many bumpin' vocal cuts, instead offering up dreamy, discofied beats of the deeper kind, with a lavishness to the production Mr Negro would approve of. Warm, understated b-lines, drawn-out space-disco synth rises and spoken 'jive' vocal snips abound. Deepshizzol, Rob Clarke and Darren Gregory TC of remix B.
More info 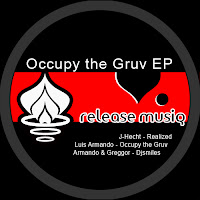 Various – Occupy The Gruv EP
Three driving deep/tech-house cuts here on North Carolina-based Release Musiq, courtesy of J Hecht, Luis Armando and Conrad Greggor. Hecht and Armando both veer towards the tougher, techier, more percussive end of the spectrum and will do their job on the floor mos def, but it's Armando & Greggor's deeper, more funkified DJ Smiles that's doing it best for me. Good to see a house label representing from outside the usual territories – this is number 10 from them.
More info 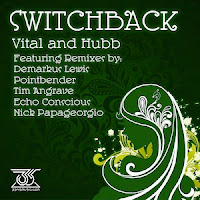 Vital & Hubb – Switchback
Finally for tonight's round-up, this is new from Dallas-based 3345 Music… and something of a deep treat to ease us out on! With six mixes to choose from (including a rather splendid Deez Deep Afro Mix from Demarkus Lewis), there's rubs to suit a variety of settings, ranging from the dub techno-influenced Echo Conscious Remix to the dancefloor bounce n' bump of Pointbender's Compass Rose Mix. Nothing like ending the post on a high!
More info