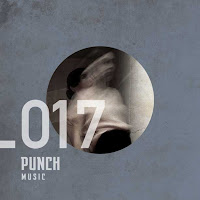 Picking up the pace a little here, Punch Music serve up five remixes of a track that was first out last November.

Punch Music is first and foremost a techno label, but several of the remixes here could sit just as well in progressive or tech-house sets. The remixes from Muzarco and Stereo Underground, in particular, I'd say were closer to the deeper end of prog than anything, and probably the ones I'd be most likely to play myself.
Elsewhere, Shoshani's remix is very solid club techno even if it's not my personal bag so much, Yariv Bernstein turns in a deeper techno pass, and then finally there's a remix from Jim Rivers… a lad who's done rather well for himself in the ten years or so since I remember DJing with him at Empathy in Bristol! These days, of course, he's a fully-fledged globetrotting superstar, touring the world under the Global Underground banner. His take on The Mysterious Case Of Maryam Ala is a stripped-down, bleepy number aimed straight at underground techno floors.
All told, a very solid remix package from this Israeli label, with mixes to suit a range of DJs/floors/moods.
Out: This week
About: You can find out more about Punch Music at their website or on Facebook.
Posted by Russell at 18:38