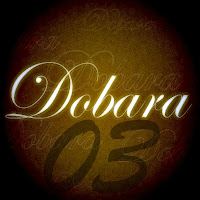 After Can I Hold You One More Time and the Whatever EP, Sound Gypsy makes it three in a row on fledgling UK label Dobara.

This latest offering features three tracks in a total of four mixes. Keep On is a floaty yet still kinda heads-down number sitting right on the cusp of deep house and nu-disco, Never Hurt You is a midpaced nu-boogie cut mixing influences from filter disco and vintage Chi-town house, while With You continues in the house/disco/nu-boogie vein and has a very cool phat n' squelchy b-line. And comes with a Dub if sampled, filtered disco vox ain't your thang.

All told: some nice smooth grooves for more discerning floors. Dobara apparently have plans to release some non-Sound Gypsy material soon as well, so are definitely a label to be keeping an eye on.

About: Sound Gypsy is called Harsh Puri in real life and, as you might've guessed, Dobara is his own label. Based in Newbury, Berkshire, they/he can be found on Facebook, on Soundcloud or at their/his own website.
Posted by Russell at 18:37