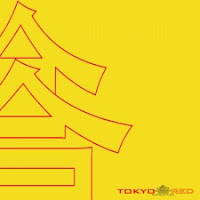 The second in our series of homage tracks tonight isn't a cover… in fact it bears little relation to any other record at all, musically. It IS a very fine slab of deep house but then from Tokyo Red Recordings we expect no less!

So why's it featured in tonight's somewhat cack-handedly* themed set of reviews, then? Because we started dancing and love put us into a groove… because, in other words, it takes just one line from Shannon's Let The Music Play vocal (resung I think but don't quote me on that) and chops n' loops it into a whole track, in a way that Kinchen or Edwards themselves would be proud of. Actually it's not quite as choppy and stuttery as that might have you thinking but you get the idea.

Remixes from Rafael Fernandez and Two House plus bonus cut The More You Spit continue in the "typically fine deep house from Tokyo Red" vein, making for a strong package all round, but it's the Original Mix all the way for me here.

About: You can find/contact Tokyo Red via main man DJ Sydney's Facebook page. Last time I spoke to Syd, he was finally giving up the day job after over a decade of keeping us in top-quality deep grooves in his spare time, so do the right thing and show some love people!

*I was surprised to notice today that "cack-handed" is actually in the dictionary. And yes, it is hyphenated.
Posted by Russell at 21:23