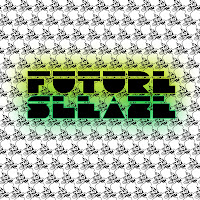 Hot on the heels of volume 1, which back in June and which I shamefully never got around to telling you about, here's a second label comp from the mighty Sleazy Deep.

"Bridging the gap between deep house and nu disco," is how Sleazy Deep describe their musical ethos and yeah, that's about the size of it. Kicking off with Adam Banks' So Confused, which with its pitched-down Colonel Abrams vocal and deep, techy East London chug is about as 'now' as it's possible to be, Future Sleaze Vol 2 crams in a whopping 20 tracks from names both familiar (William Medagli, Patrick Podage, label boss Rob Made) and less so (er, everyone else).

I'm not going into all the tracks one-by-one – it'd take all day. But do be assured there's plenty of grist for your dancefloor mill here, with the Prince-ish vocal on Medagli's This Is Amour and Made's Kariya cover/homage Let Me Love You just two of the highlights.

Out: This has been available since September 10 on Beatport, but is only getting a full worldwide release this week

About: You can find Sleazy Deep on Soundcloud, on Facebook or at their own website.
Posted by Russell at 13:59