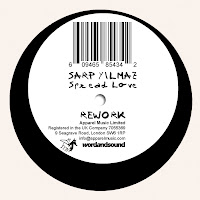 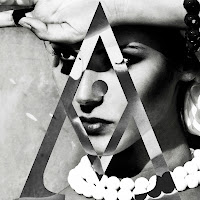 Two releases here from Sarp Yilmaz… one under his own steam, one on the debut EP from new Chicago label Autem Audio.

Looking at the solo effort first, Spread Love is taken from his recent album As If I Care. I must admit I didn't hear the album but the version presented here is a very now-sounding, shuffling deep/tech houser with soulful male vocal elements, crisp percussion and an underlying chordal throb thoughout.

But Sarp is also one of the co-owners of new label Autem Audio, and his Down On Me is offered up as the A1 track on the label's debut V/A ep. It's a more thoughtful, melancholic kinda groove than Spread Love, its sparse rhythms and warm atmos' topped with anguished diva wails in a manner that makes me think of old Terrence Parker records, only without the pianos. Elsewhere on the the EP you'll find Be Someone Else and Funkass, from co-owners Hearthug and Gvk respectively. Be Someone Else is another atmospheric deep/tech groove but this time laced with acid, while Funkass is a more uptempo and slightly sunnier affair, but with pleasingly filthy synth-bass squelching away underneath.

The two releases together are further evidence that this Turkish producer is one to keep an eye on, while the Autem EP marks a very promising start for the label.

Out: This week for Spread Love; Autem 001 was out last week but it came in a wee bit late, hence it's getting squeezed in now.

About: Spread Love comes on Apparel Music while you can find out all about Chicago-based Autem Audio at their website.
Posted by Russell at 19:48