Darko Kustura – The Sky Turned Away 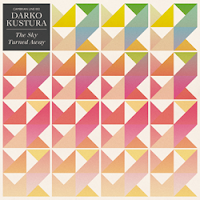 And speaking of fledgling UK labels (see Spring Sampler review below), here's what's only the second release from Cambrian Line.

Methinks Mr Kustura may, just possibly, have had a chance acquaitance with a Larry Heard record or two in his time. Perhaps he heard Washing Machine on the radio in a cafe once, or was sitting next to someone on a bus who had A Corner Called Jazz playing a little too loudly on their iPod.

Something like that's happened at some point, anyway. Nothing else could explain the sheer classic Chi-town deep JOYOUSNESS of the two tracks here, The Sky… itself and flipside Fading Story. Go seek.

About: Here's what the hype sheet has to say about Darko Kustura: "Born in 1986, Darko began his electronic music journey at the age of about 12 hooked on German house, techno and drum and bass radio shows, prolifically recording tapes of everything he could get his hands on, always digging more and more into the underground side of the spectrum. As the years passed, Darko's taste expanded to the eclectic senses of greats like Laurent Garnier, Mouse on Mars, St Germain, International Pony, DJ Shadow, Kenny Dope, Blaze, Kerri Chandler. The Darko sound has become an amalgam of his taste for the deep and soulful mixed with modern production technique,"

You can find Cambrian Line – who are based partly in Wales and partly in Germany – here, here and here (website, Facebook, Soundcloud)
Posted by Russell at 14:22