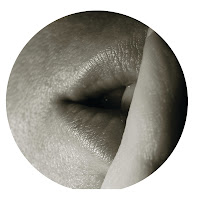 Here's the first in a new series of limited edition, 10-inch vinyl-only releases… and if the words 'limited edition, 10-inch vinyl-only' don't get you salivating then I'm not sure this is the blog for you! I'm also not sure how public the peeps behind it want their involvement to be so I'll keep sshh-tum for now, suffice to say this is the handiwork of the team behind a label TIWWD readers will certainly be familiar with.

As for the music, you're looking at a cheeky house cut-up of Wu Tang Clan's Gravel Pit… though not being any kind of a hip-hop head I had to do a bit of detective work to figure that out, and once I did I was quite surprised*. The A-side version has a looping Wu Tang "back and forth" male vocal sample, 4/4s that are old-skool in timbre but thoroughly up-to-date in implementation, some lovely pads and of course the headline "check out my gravel pit" fem vocal.

On the B, the second mix is a slightly livelier, more funkified affair, this time biting a chunk of the vocal from Fat Freddy's Drop's Flashback… again a bit of detective work on my part but in this case with less surprising results**. 'Course, the fact the track's called Gravel Flashback WAS a bit of a clue! But regardless of their genesis, what really matters is that these are two solid bullets for your floor, whether on a deeper/techier or a more soulful tip.

And on limited edition, 10-inch vinyl as well… did I mention that bit?

About: Not much else I can tell you here, for obvious reasons. Oh, except the series is called Sshh Edits… kind of important!

*Which is to say: you don't have to be a Wu Tang fan to dig this on its own merits.