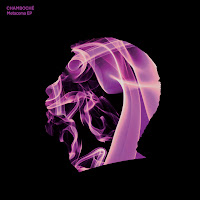 Only the third release here from new UK label Black Key Records, coming from Chamboché, AKA Sam Williams, a DJ and producer from Nottingham who recently relocated to the big smoke.

When the label's debut release from Johnny Cade came out back in Novmeber, yours truly described it on here as "electronic music for the mind as well as the body" and it's a similar story with this… this is fairly esoteric, forward-thinking stuff, though thankfully it's not so clever-clever and experimental and arty as to be rubbish. Instead, the grooves contained herein should appeal to any lover of house and techno who likes their tuneage a little more on the 'sedate and cerebral' side.

Three tracks, five mixes in total (thanks to two rubs of lead track Mello from BLM) but the above description pretty much works for all of 'em, so I'll just say that Show It stands out for me and leave it at that, I think.

About: Sam Williams used to run a night called Zleep at Stealth in Nottingham, has had stuff out recently on TSUK Wax and Under The Shade, and is currenly in the throes of hatching his own label, Bricolage Records. Meantime, you can find out more about Black Key Records at their website, Facebook and Soundcloud pages.
Posted by Russell at 13:26