So many tunes, so little time 31 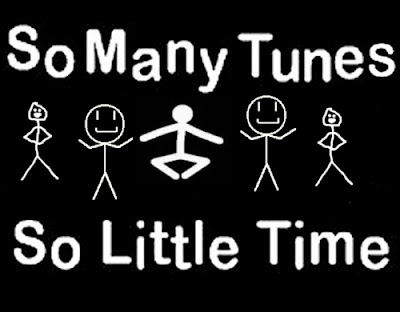 Okay, so in time-honoured fashion, before we get cracking with THIS week's reviews here's a few bits from LAST week we didn't quite get round to…

DJ E-Clyps serves up some typically high-octane disco-house frolics for Bid Muzik in the form of Through The Night… Larry Baaam! & Stephen Advance's Wht The Fck on Aaaah! Records is a tough, rolling tech-houser (even if they are billing it as 'minimal')…Techeran by Mario De La Funk is a deep houser with touches of jazz from Croatia's Beatality Records, that comes complete with a more funkified Ferry Van Hreen… Michael Levan and Stiven Rivic team up for Carisma, an outing on Stripped Digital that's probably best filed under 'deep prog'… Mohear's Go Away for Electunes sounds like what would happen if Crazy P and Lady Gaga decided to make a record after listening to a lot of Lipps, Inc, and comes with an Ilya Santana remix… Namy featuring Josh Milan give us From Now On on King Street, which is a bit of a no-brainer for the soulful house diehards… Oki Noki feat Bernice come to Unrivaled Music with Crazy, a serviceable slab of deep, vocal house with pop leanings (think Om, Naked etc)… Poupon's three-track Southside EP for Belgian label Aella Music sees us back in the tech-house jackin' zone, but with elements of deep dub techno as well… Rob Made's The Way I See on his own Sleazy Deep is nu disco/deep house fusion bizniss that, like the Oki Noki single, is a bit pop-oriented but worth checking… Aussie/Czech tech-housers Shades Of Gray team up with Uone for the four-track Katoomba EP on Tonkind… if you're in the market for some dark, gnarly dubstep heavily influenced by neurofunk-style D&B then the V/A Haunted EP on Section 8 Recordings will see you right… and finally, Kula Records were kind enough to send through their ADE Sampler EP, sadly this one's for the 'lucky few' only but suffice to say the quality of the deep, disco and tech house vibes contained therein mean yours truly will definitely be keeping an eye out for Kula releases in the coming months!

Rattled through those a bit – got a lot on today – but there are plenty of good trax in there so please DO do a bit of digging around. 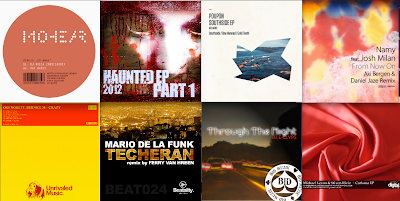