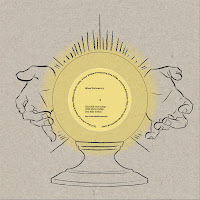 The third release in a series apparently, though the first to wing its way TIWWD-wards.

It's a two-track affair. On the A, Don't Stop is a) a collaboration with London producer Martin Dubka, and a) a lo-slung slab of nu boogie/electro with a vocoder/voicebox vocal that Roger Troutman himself would be proud of. Over on the B, meanwhile, E-Bow could safely be filed under 'slo-mo house' methinks, its opiated beats and reluctant b-line topped with a lead line created using the epoymous guitar tool.

It's Don't Stop that stands out for me, though.

About: This comes on Mixed Fortunes, which isn't so much a record label as a project by Phillips in which he'll be releasing six two-track 12-inches over the course of the year, instead of an album. Which means the good news is, if you dig Don't Stop as much as I do there's plenty more to come and not too much backtracking to do! Anyway, you can find out all about it here.
Posted by Russell at 18:28