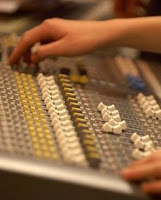 Next up, the TIWWD roster of those that rocked it in 2009. Note that I've stuck pretty much to breakthrough artists here, so no disrespect to the more established players.
Some of these haven't appeared in the singles/albums lists cos it wasn't so much one tune that did it as just being consistently great… oh and this time I'm not gonna pick an overall ARTIST OF 2009, either. They're all winners…
Edmund
If there was gonna be a winner, Edmund might well be it. Start paying more attention to this superlative producer now!
Karol XVII & MB Valence
A Polish duo who came out of nowhere and were consistently on fire throughout the ’09.
The Rurals
RIP, sort of, but here for the series of Rural Deep Vibes and Rural Disco Vibes EPs, which were just ace. Look out for the soon-come Rural Soul LP.
Short Bus Kids
Two of the best producers in deep house right now, no question, and getting more eclectic as they get more confident, it would appear. Blow And Hos is still my fave, though. Bumpin'!
Maya Jane Coles and Hannah Holland
A joint mention for the two new 'first ladies of tech-house' (bleurgh). That said, don't overlook Rachel Barton, either.
I Am The Woodstar
Pushing house and techno in strange new directions all year. Check the Linda Kasabian Talks EP, in particular.
Andrew Phelan, Origami & Brown
Released lots of stuff in various combinations this year: up there with Short Bus Kids as the new dons of the left coast
Ntanos & V. Sexion
Two Greek deep/tech house producers who've recently caused serious blips on the TIWWD radar, and a top tip for 2010. Check the Fault Day EP.
And, I did say we were gonna focus on new names but shouts out to Kerri Chandler, Dave Lee, DJ T, Faze Action, Yousef, Matthias Heilbronn, Steve Mac and Ralf Gum, who all had pretty good 2009's, too…
Posted by Russell at 16:56