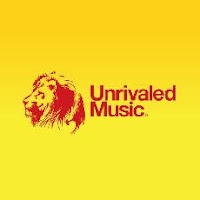 Don’t know a huge amount about this one - for one thing, I can’t remember who sent it – but for what it’s worth, Sunshade is a pretty decent slab of deep house in that post-minimal kinda stylee.

There’s four mixes on offer: the Original (which I’ve just said about as much about I as I can, really), plus one from Echofusions and two from Ryan Luciano. The latter’s Deeper Mix is described by the hype sheet as “a deep house marathon”… but it’s more like a prog epic, if you ask me, so I’d stick to his Remix instead, which is also quite proggy but brings in some nice wikky-wakky guitar licks. And doesn’t go on quite so long. Finally, Echofusion’s Deep Cut Remix, and here it’s back to the post-minimal feel, only this time out the b-line’s brought forward a notch and the breakdowns are drawn out, for a slightly more textured kinda ride.

About: This is on Unrivaled Music, they're a new London-based label and it’s their second release. That’s about all I know right now… have a look at their MySpace and you'll get the idea they're really very new cos they've still got 'Tom' as a top friend!