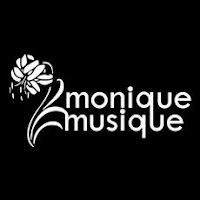 Another very solid three-track deep house EP. Title track Diana Legal itself comes two mixes: the Original has a stripped-down, New Jersey kinda feel and jazzy flourishes, while DJ Yellow turns in a Mindz Kontrol Ultra Remix that’s not hugely dissimilar, except it ditches the jazz touches in favour of some insistent (but not too in your face) samba percussion. Marimbas and shakers ahoy!

Meanwhile, I’m a bit of a sucker for unlikely-sounding spoken vocals, so bonus track Beyond The River had me hooked from the get-go. It’s led by sampled speech which sounds like Garrison Keiler or some other US chap prone to gentle nostalgia; the backing is fairly standard deep house with the teensiest hint of jazz, but it’s all about the vocal on this one.

About: Timid Boy is a young guy from France who’s had previously had stuff out on the hip and happenin’ Time Is Now label. This, however, comes atcha on Monique Musique, which is a Canadian imprint. Here's their MySpace and here's a little more info at Resident Advisor.