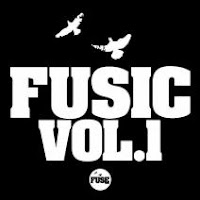 Launched earlier this year, Fuse London is the record label arm of the successful Fuse club night, which is at 93 Feet East on Brick Lane and promises "deeper shades of house and techno". Which gives you a pretty good idea of what to expect from this six-artist, six-track sampler EP… innit? (as they say in Shoreditch)

So yeah, six deep/tech house bombs are what's on offer here, and they'll get the cooler floors moving for sure. Ben Rau's The City and Alex Arnout & Seb Zito's Moments Of You stand out for me, but you're sure to have your own faves, with cuts featured also from Enzo Siragusa & Luke Miskelly, Jun Akimoto, Rich Nxt and Ittetsu.
Bit of lickety-split review this one cos, y'know, it's New Year's Eve. But yeah… this is quality stuff, making Fuse London another label I'll definitely be keeping an eye on in 2012.
Out: Last week, but again, it was too good to leave.
About: I've told you most of what I know about Fuse London… except that the aforesaid Mr Siragusa is resident at the club so I'm guessing the main man at the label as well. They don't seem to have an actual label website yet – that I can find anyway – but here's the one for the club night. And seeing as that doesn't actually tell you much, here's a write-up about 'em on Resident Advisor as well.
Posted by Russell at 19:37