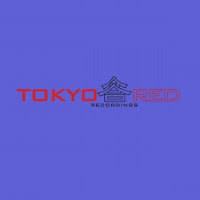 Sometimes… the best ideas are the simplest.

Take this latest release from Tokyo Red, for instance. Musically, there isn't a huge amount going on that's particularly innovative or groundbreaking, nothing that'd stop you in your tracks, nothing that screams "play me to as many people as possible, as soon as possible". That said, there's certainly nothing wrong with it, either - it's a very good deep house record, as is Tokyo Red's wont, coming in Original and Oded Nir Lounge mixes that can essentially be summed up as 'more sumptuous, traditional-sounding and a bit west coast-ish' and 'slightly more sparse, techy and contemporary-sounding', respectively.

BUT! That's just the music, y'see. And what makes Sometimes an absolute killer – for an absolute killer it certainly is – is not the music but the vocal, whereby just the one line from a certain Siedah Garrett vocal is chopped and looped, and used frequently-but-sparingly throughout, to devastating effect. Quality, credible deep house records with enough of an accessible hook to render them playable in a non-specialist setting are few and far between… this is one of them, and as such I can see it featuring in DJ sets for a long time to come.

Like I said, sometimes the simplest ideas are the best. Top marks.

About: Tokyo Red Recordings is, as you surely must know by now, the brainchild of DJ Sydney, and can be found on MySpace and Facebook. Here's the DJ Sydney website as well, and here's Roman Rai on Soundcloud (where you can HEAR THIS for yourself).
Posted by Russell at 17:46