The Phenomenal Handclap Band – The Right One 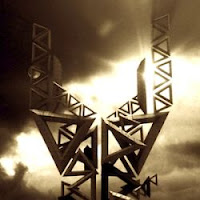 Was almost in two minds about reviewing this one… having made the first Phenomenal Handclap Band album the TIWWD Album Of 2009, you'd think the least they might do would be let me have a copy of the new one, wouldn't you? But no. Clearly This Is Why We Dance isn't important enough… not now that everyone from Mixmag to bloody Metro's raving about them TWO BLOODY YEARS LATER. Harrumph.

Still, I'll do my best to get over my sulk and just say this is very good. It doesn't particularly break any new ground for the PHC I don't think, but then if you've carved out your own highly distinctive sound fusing space disco, NYC punk-funk and 70s AOR, long on irresistibly catchy harmonised choruses and impressively fluent musicanship, why change it? More 'club-friendly' mixes come from Medicine 8 and Wish, and there's an instrumental as well, but it's the Original that wins out for me.

The album, Form & Control, is probably very good as well… but then I wouldn't know, would I?

About: This comes on Tummy Touch.
Posted by Russell at 14:12