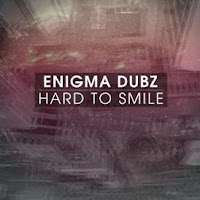 Okay, time to flip the script a bit now and get on a future garage tip.

Well, I say 'future garage' but TBH, there's nothing particularly future-y about opener Between Me And You… with a roomy, boomy bottom end, heavily swung beats that verge on two-step, lush, lingering chords and snippets of barely-there soulful male vocal, this could have come out back in the late 90s/early 00s UKG glory days no problem. That's a compliment, by the way!
Hard To Smile is a more obviously contemporary affair, sampling Tupac's Smile for the vocal and laying it over a typical UKG backing at first, but then bringing in a (whisper it) trance riff. And at first you're thinking, oh no! – but you know what? It actually kinda works. It comes across like the trance riff's being used as just AN Other sound source, the way for instance Massive Attack might use an orchestral synth stab… as opposed to just someone chucking in a trance riff for instant get out of jail free idiots-at-Glasto appeal. I can think of a few bigger names in the grime/dubstep/etc sphere who could learn a thing or two here… softly does it!
So yeah, Hard To Smile has you worried for a minute but it all turns out fine in the end. And then there's Issues, another old skool-sounding cut which rocks a huge bassline and ragga vox, and sounds like the kind of thing I used to pick up from Release The Groove back in iDJ's earliest days*, back when I was just the garage reviewer!
As a good friend posted on my Facebook the other day, "It's all gone 1997 blud!". Some of us would say that's no bad thing :-)
Out: This week
About: This comes on Four40 Records, sister label to LU10 and Lepento and always worth checking – they do a lot of gnarly tear-out stuff that's sometimes a bit too full-on for this blog but they do turn out deeper gems like this as well.
You can find Four40 on Facebook, Tumblr, MySpace and Soundcloud… by the miracle of which, here's the EP…
Enigma-Dubz Hard to smile ***Out Now*** by four40records
*Shouts out at this point to Neil, Jeremy, Marcia, Angel, Adamm, Chas and the one and only Gary D!
Posted by Russell at 21:14