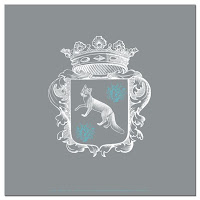 Lee Jones is better known as lounge/chill-out dude Hefner (not to be confused with Peel darlings Hefner, the UK indie band). He's a Brit who's lived in Berlin for seven years, and it shows, cos this EP is a three-tracker packed with the kind of 'is it house is it minimal is it techno?' deep electronic grooves with which my inbox is currently so inundated.
It has to said there's A LOT of this sort of stuff around right now, but the Yoyo EP is pretty good all the same, with three intriguingly-titled tracks – Yoyo itself, Burglarized and Closed Circus – that'll keep the dancefloors they're aimed at moving, or alternatively do sterling service as home listening. With Lee's downtempo background it's no surprise he knows a thing or too about keeping things interesting even when there's not huge amounts going on - or in other words, production-wise this is bob-on. And it's out on Nov 11, pop-pickers!
About the label: Cityfox is a brand spanking new label from the Zurich club night/collective of the same name, who can boast Seth Troxler as a resident. They say "the concept is not to have a concept, just releasing fresh electronic music with psychedelic touch, somewhere between house and techno". Sounds good me, and on the evidence of this EP I'll be keeping an ear out. Meantime here's the MySpace for Cityfox and here's another one for Lee Jones himself.
Posted by Russell at 13:11