Just time to rattle through a few recent long-players… 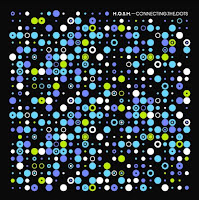 H.O.S.H
Connecting The Dots (Diynamic)
The debut full-length from H.O.S.H, for several years a mainstay of Solomun's label Diynamic. You know the kind of house/techno-fusion stuff you're expecting? Well, you'd be right: this is archetypal Berlin fare, admittedly. But it's high-quality, house-y Berlin fare, easily living up to the high expectations raised by H.O.S.H's (and Diynamic's) previous output. If you don't like deep house/techno that's variously jacking, acidic, Afrofunkifried, melancholic, euphoric, driving or any combination thereof, you won't like this album. If you do, you will. Simples. Out: Er, now-ish. 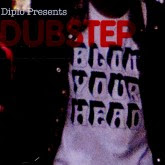 Diplo
Blow Your Head Vol 1: Diplo Presents Dubstep (Mad Decent/Co-op)
Two things everyone seems to agree on: 1. Dubstep is one of the most exciting new genres to have emerged in the past decade, if not THE most. 2. But there's too many very same-y tracks around in that big stoopid wobble gnarliness kinda vein. Well, here's a slightly more varied interpretation, as showcased by Diplo (who is of course one half of Major Lazer, whose Hold The Line features here, in Skream Remix form). With a pleasingly stylistically-diverse selection of tracks/mixes from the likes of Benga, Joker, Brackles and (even) Borgore, for keeping an ear to the ground it'll do nicely, though with tracks like Doctor P's Sweet Shop and Rusko's Cockney Thug the selection might be a tad obvious for true dubstep scene-sters. But if you're a mere dilettante like me, that shouldn't matter too much. Out: Yesterday 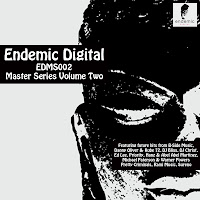 Various Artists
Masters Series Vol 2
(Endemic Digital)
…and back to the deep, jackin' tech-house we go! I'm writing this review now, and this music is making me want to be in a smoky, strobe-lit basement. Not just, like, sitting there on my own, trying to write a blog review on my laptop, I don't mean. That'd be stupid, not to mention a strain on the eyesight. No, I mean dancin', and that. In fact I am a bit now, in my seat. How's that for a new buzz internet acronym: IBSHALBODCO (I blogged so hard, a little bit of dance came out)? I'd tell you who's on the record but I seriously doubt you've heard of many of 'em, except Pretty Criminals who are definitely on my personal ones to watch list at the mo'). Just buy it, and turn it up loud. Out: November 8
Posted by Russell at 21:37