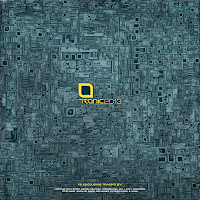 Christian Smith's long-running Tronic Music label serve up a compilation of all-exclusive tracks, showcasing some of the label's forthcoming gems for the new year.

There was a time when the name Christian Smith meant one thing: driving, loop-based techno. But that was then, this is now, and there's none of that here at all. Instead, we're treated to 15 tracks that operate mostly in tuff, chugging tech-house territory, but also take in deeper, proggy vibes (Jewel Kid's Tempo Definition, Guy's Mercury) and some straight-up house, too (Per Hammar's Fever Mode, Smith's own disco-infused Keep On).

With some other respectable names including Pig & Dan, Dosem and Coyu also making an appearance, this is a very strong collection of club tracks that'll appeal to house and techno heads alike.

About: You can find Tronic Music on Facebook.
Posted by Russell at 22:22