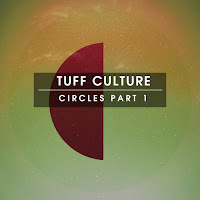 Despite something of a revival of late, the TIWWD inbox isn't troubled by as much UKG as I might like… so to get a whole album of the stuff that's as good as this, is something of a rare treat.

There are ten tracks here, that between them take in most shades of garage music the UK has ever produced. I Wanna Hold You is a jerky, twitchy 2-step number with cut-up vox inna Todd Edwards stylee, It's Me & You is a bassier affair with ragga vocal flourishes, Need You Around is smoother, more commercial 2-step, Walking In Ecstasy works a classic vocal over big, bassline house-ish backing, there are more bassline-y vibes on the R&B-vocalled Temptation (featuring Miss Rhodes), Like A Star takes us back to the SG glory days (complete with a few cheeky, very familiar samples) and Enigma Dubz collab Maris flirts with future garage/post-dubstep flavas.

Consistent enough stylistically to feel coherent, yet varied enough not to get same-y, this is a must-check for UKG fiends.

About: This comes on LU10 Records – find 'em on Soundcloud and Facebook.
Posted by Russell at 21:50