Still a bit behind with stuff from going away last week, so rather than review one or two albums and miss out some other good ones, here's a little mini round-up of the week's full-lengths and compilations. 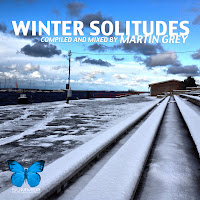 Various – Winter Solitudes
We'll start out nice and mellow with this collection of dusty downtempo breaks, chilled ambience and blissed-out proggy/Balearic bizniss from Ukrainian label Easy Summer. Other chill-out albums are, it has to be said, available, but this one – compiled and mixed by Martin Grey – will certainly do the job as well as any, with tracks from Yakush Project, N4M3, The Wildlife, U.O.K (whose space-y Dangerous Journey is a particular highlight) and a whole bunch of other people.
https://soundcloud.com/easy-summer-label 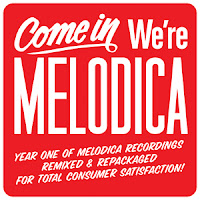 Various – Come In We're Melodica
Chris Coco's Melodica label celebrate a year in the game with more chill-out/downtempo vibes on what's basically an in-house remix compilation. A few whining white boy pop/indie vox had me hitting FWD and it's a bit too 'achingly lovely' for my liking in places, but there are some gems on offer as well – check out the spangly nu-disco vibes of the two Max Essa collabs or the uber, uber deep dubstep of Deekie Vs Ejeca's Rush, for starters. File under 'patchy, but worth checking'.
https://soundcloud.com/melodica-recordings 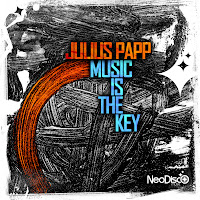 Julius Papp – Music Is the Key
Keeping the vibe pretty mellow but moving into housier territory, Music Is The Key is somewhat unbelievably only the second studio album from SF-based Canadian producer Julius Papp. Despite that, with his production career stretching all way back to the mid 90s, you should have a pretty good idea of the kind of mellow, jazz-tinged deep/soulful house grooves to expect by now. And shouldn't be surprised to hear that Mr V and the goddess-like Lisa Shaw make guest appearances on vox. Comes on his own Neo Disco, who seem to have no web presence at all that I can find, but you can hear some of the tracks at the link below.
https://soundcloud.com/8dpromo/julius-papp-music-is-the-key 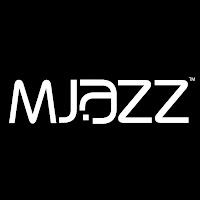 Various – Nostalgic Futurisms
Stepping the pace up now with a fine collection of thinking man's D&B vibes. This comes on Mjazz, which for those not in the know is the reborn, 21st century incarnation of veteran 90s imprint Modern Urban Jazz. Whether it's Reece/Bukem-ish coffee table/liquid vibes, dark, uncompromising tech-step or sparse, post-dubstep mininalism you're after, you'll find it on here on an album that links the past with the present and restores your faith that there IS more to D&B right now than cheesy electro/stadium/trance/pop shit aimed at over-excited 16yo chavs.
https://soundcloud.com/modernurbanjazz 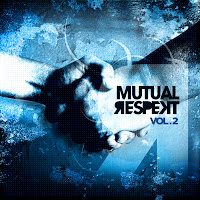 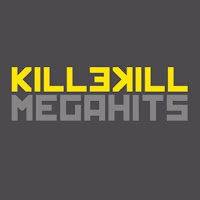 Various – Killekill Megahits
Various – Mutual Respekt Vol 2
Two separate label comps from two separate labels but time is short and they're in a pretty similar vein, truth be told, with dark, rolling techno and the tuffest of tech-house the order of the day more or less throughout. Mutual Respekt's club-tastic second label comp features the heavy-hitting likes of Lutzenkirchen, Matt Minimal and Alex Karakasis, while more big names (Radioactive Man, Neil Landstrumm and the mighty Snuff Crew, who give us some more of their trademark jacking, raw acid house with Go Back) grace the slightly more stylistically varied Killekill set.
https://soundcloud.com/killekill
https://soundcloud.com/respektrecordings


There you go, with six varied long-players taking in chill-out, house, techno and D&B, you should find something you like in there… if you don't, then perhaps a trip to the ear shop is in order?
Posted by Russell at 15:57