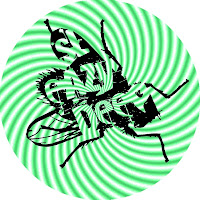 Having warmed up with all that deep stuff, time to move towards the floor now with this latest from Sound Gypsy, aka Dobara Music boss Harsh Puri.

There are three tracks in a total of six mixes, so you can't fault this one in the VFM stakes! Way I Feel itself is in its original form a chunky deep/tech houser, done in that very 'now' stylee but tempered with soulful vocal samples and killer space disco stabs. SION's remix then dubs things right out in quite a satisfying fashion.

The original version of Just Like That has more of those ace stabs over a more upbeat backing, with some rave-y keyboard stabs thrown in for good measure, while the Rafael Cerato remix heads off again into dubbier but this time also into slightly proggier territories. Havens & Hart perform a similar dubby trick with Everybody Keep On Movin' but here it's the original that stands out for me – a wicked little slice of soulful, disco-fied deep house done properly, with boogie-era male vox and lashings of fat bass.

So that's: Just Like That for the youngsters, the original of Everybody Keep On Movin' for the older heads and SION's rub of Way I Feel for the sofa surfers. Everybody's happy!

About: This comes on Sleazy Deep, who can be found on Facebook and Soundcloud or at their own website.
Posted by Russell at 20:56