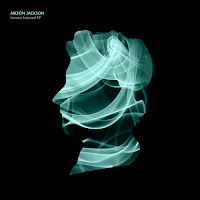 It's probably fair to call Barry Christie, AKA Milton Jackson, a 'scene veteran' these days… which is a bit scary when I can remember reviewing some of his earliest releases on Tronicsole and Million Dollar Disco back in the early days of X-Fade/iDJ in the late 90s/early 00s.

He's come a long way since those first soulful/disco house outings, though, as this latest EP for fledgling Brighton label Black Key Records shows. It's a two-track, three-mix affair, opening with See The Light,  a stripped-back, percussion-led deep house groover with a (sampled and?) treated "come on baby, dim the lights" vocal. Next up is 5 Cities, a deep n' dubby number with techy overtones and "gonna love you" vocal inserts, while rounding out the EP is a marginally tougher Andy Ash remix of the same.

Cool late-night grooves for discerning ears, in keeping with current styles but with just a little of that classic soulful feel.

About: This is only number five from Black Key Records, who can be found on Facebook, on Soundcloud or at their own website.
Posted by Russell at 20:20