TIWWD has a new home! 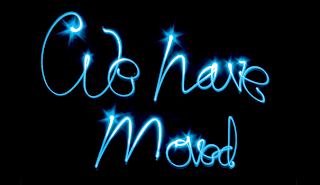 I promised you some exciting news… well here it is.

As of today, this Blogspot blog will no longer be updated. Instead, you can follow This Is Why We Dance at the new, much simpler address of:

This 'old' blog will still be here so that the links many of you label types have kindly posted to reviews will still work.

But all existing content has been ported over to the 'new' site and that's where all new updates will be going as of today, so please update your bookmarks etc.
Posted by Russell at 17:17 2 comments

So many tunes, so little time 35

Here we are then, the last day of 2012. And for once, what with it being Xmas and hence a quiet week for releases, I actually got through most of the stuff I wanted to tell you about last week… but here are a few other bits n' bobs that are worthy of your attention.

First up is Claes Rosen's Starlight. You may remember this spangly, Balearic-leaning and slightly poppy nu-disco gem from a Spring Tube V/A sampler back in the spring… if not no worries cos it's now getting a full single release complete with new mixes from Acryl boss Da Funk, Latvia's Blood Groove & Kikis and Chile's Aerotek. For deeper thrills, it's the BG&K and Da Funk rubs you want to be heading for.

Next, the Soul World EP comes from Georgia Cee and is the first release on a brand new Italian label called Soul Town Records. Georgia was 'discovered' by Timmy Regisford and has worked with Quentin Harris, which should give you a pretty good idea what to expect here… as the hype sheet says, "fans of Shelter and Body & Soul, rejoice"! Of the EP's four Latin-tinged cuts, Fallin' Down stands out for me.

On an even mellower tip, Ir.Replaceable comes from Losing Rays on Incepto Smooth, and is a beautiful slice of downtempo/ambient electronica topped off with a blissed-out female vocal… with B-side Touch venturing even further into all-out ambience.

At the other end of the spectrum, Lyle Quach is a producer you can always count on for some jacking deep/tech house grooves and Check This Out is no exception. Pascal Daze's remix goes a little harder/techier, Aldo Del Rey's a little deeper, so a range of floors should find it in themselves to move to this one, which comes on New York's Yellowjax Recordings.

Finally, a couple of nuggets on a D& B/dubstep tip. Coming on Section 8 Dub, Agari Tachi by Malicious is as deep, dark and minimal as it gets, and definitely worth checkin. B-side Peter Kurten collab Mitochondrion is a little too hard and industrial-sounding for these ears, but not to worry because there are more deep, minimal D&B delights to be found on the Tenderness EP by Mechanical Pressure, a two-tracker coming from the ever-checkable Plush Recordings.

And that, dear readers, is it for 2012. I'd do some big end-of-year spectactular but, y'know, places to go, people to see, etc. So it just remains for me to wish you a most exuberant NYE and I'll see you on the other side… and DO check back tomorrow cos I've got some very exciting news for ya.

Various – One Year Of Frole 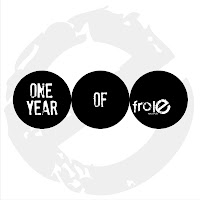 A couple of weeks back I reviewed a single by Desos on Frole Records, which was the first time I'd heard of the Italian label. Following that review they very kindly sent me this compilation, which is being released to mark them reaching their first birthday.

I'm very glad they did, too, because this rocks. "Proper deep house in various shades" is the basic story, supplied mostly by artists you probably haven't heard of (unless you're more on-the-ball than I am, of course!) by with some familiar names – Kevin Griffiths, Moodymanc, Hector Couto, The Echonomist – cropping up on remix duties. Ellroy's Everything, which does strange, downtuned things to Whitney's Love Will Say The Day vocal, is one highlight; Echonomist's early 90s-tastic refix of Kevin McCallister's Swing Piomb is another, LDF vs Lostrocket's Loose In Mind yet another. Oh, and Gastek's laidback, organ-flecked Grey Crystal another.

You getting the idea yet? When I say "this rocks," I mean it rocks from start to finish. Go seek.

About: You can find Frole Records at their website, on Facebook or on Soundcloud.
Posted by Russell at 20:16 1 comments

Sunshine Jones – We Are What We Are/Come To Me 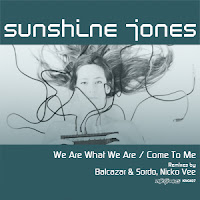 A new EP from Dubtribe Soundsystem man Sunshine Jones here – and one that might surprise you.

Because on We Are What We Are it's OUT! with the winsome, soulful loveliness and IN! with a big chunky b-line, tuff beats and a spoken male, poetry-style vocal. Come To Me, presented here in two mixes from Nicko Vee and Jones himself, similarly sees him looking to contemporary European sounds for inspiration.

Both tracks are taken from Jones' recent Belle Ame Electronique album, which came out in November and which I must admit got overlooked when it landed – I was busy and, y'know, I'd had enough of all that winsome soulful loveliness, truth be told. On the evidence of this EP, I'm gonna need to go back and check that album again…

About: This comes on King Street Sounds, who live here and here (web, Soundcloud)
Posted by Russell at 19:55 0 comments 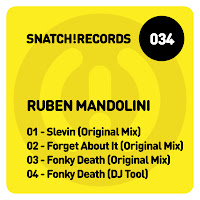 Both Slevin itself and Forget About It are hi-octane, prime-time pumpers with more than a hint of disco, while Fonky Death works a more stripped-down, jackin' groove altogether. The latter's also accompanied by a drum-tastic 'DJ tool' mix.

I've love Fonky Death more, were it not for the angry-sounding man who keeps shouting "Funky crowd out there!" in a rather annoying fashion. Even taking him into account, though, what we have here are three solid bets when you need to keep 'em moving.

About: You can find Snatch! on Soundcloud, on Facebook or at their website.
Posted by Russell at 16:40 0 comments 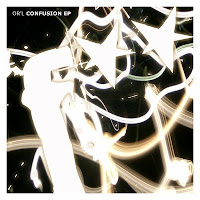 About: You can find F*** House Music (sister label to Sleazy Deep, dontchaknow?) on Facebook and Soundcloud, or at their own website.
Posted by Russell at 16:13 0 comments 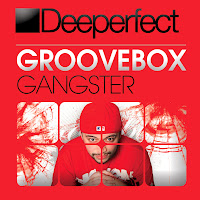 Needn't detain you long with this one, cos what we have here are some straight-up pumpin' tech-house grooves aimed fair and square at the dancefloor. And once you've said that, what else is there to say?

But yeah, "pumpin' tech-house grooves aimed fair and square at the dancefloor" just about covers it.

About: This comes on Italy's Deeperfect, who are quite good at all that tech-house malarkey, y'know. Find 'em on Soundcloud or Facebook, or hit up the home page of parent label Sound4Group.
Posted by Russell at 16:01 0 comments 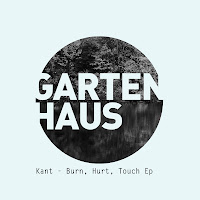 Just to make life a bit easier, the three words in the EP title are actually the names of the three tracks involved. Burn is a dubby, chuggy deep/tech affair, but definitely one more aimed at discerning grown-ups rather than dancefloor drug monkeys; Touch is an ever-so-slightly more upbeat number with subtle disco stabs and a nice big throbbing b-line.

But the standout, as with yesterday's Switchbox single (below), is a cut that draws heavily on a classic from days gone by. In this instance, it's the slow-pulsing, Balearically-tinged Hurt, which lifts a hefty chunk of vocal from Carly Simon's Why. To great effect, it must be said!

About: You can find Gartenhaus on Soundcloud, on Facebook or at their own website.
Posted by Russell at 15:52 0 comments

Paolo Marturano – I'll Be Waiting For You 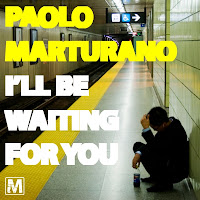 Seems like a while since we heard from Chester-based Muchiq Records, but here they come again now with a surefire floorburner courtesy of Italy's Paulo Marturano.

There are three mixes to choose from. The Original is a deep, techy house throbber with one SERIOUSLY chunky b-line, a neat wibbly synth topline and a male voice intoning "I'll be waiting for you, there's nothing else I can do." One to drop in those heads-down, locked-on moments in the wee small hours. The Forshure Remix ups both the BPM and the tech factor a notch or two, while Dansco's rub adds busier percussion to give the track a driving, proggy, almost tribal feel; both retain that same mantra-like vocal.

It's the original that stands out for me, but with the other two mixes in tow you've got the ammunition to slay a range of floors. Go get 'em.

About: You can find Muchiq on Soundcloud, on Facebook or at their own website.
Posted by Russell at 19:07 0 comments 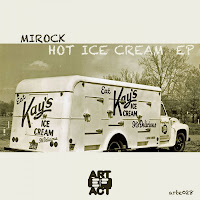 Hot Ice Cream itself is the techier of the two cuts, an uncompromising fierce rulin' diva of a tune that you could equally well imagine hearing early doors at Trade back in the glory days, or at 6am in some dubious warehouse now. Er, probably. Complications, on the other side, is a tad housier but just as fierce and firing.

Both should serve your dancefloor-moving purposes admirably.

About: This comes on Artefact Records, who are also from Macedonia and who can be found on Soundcloud, on Facebook or at their own website.
Posted by Russell at 18:52 0 comments